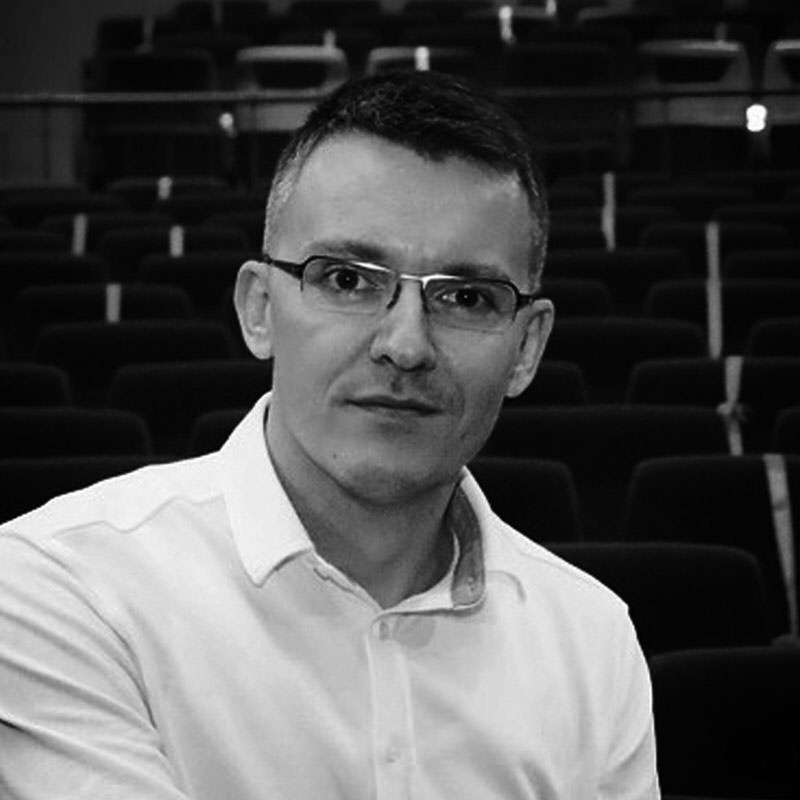 Vladimir Vasilić (Šabac, 1981) graduated in acting at the Academy of Arts in Novi Sad in 2004 in the class of Professor Bora Drašković.
After completing his studies, he was a member of the ensemble, champion of the Šabac Theater for the next 6 years.
Since 2011, he has been engaged in the dubbing and production of cartoons and television drama programs for children in over 100 titles. He has many years of experience in radio and television.
At the same time, he was engaged in financial management on projects in the non-governmental sector. He founded and managed his own production business. Lived and worked in the Czech Republic, Great Britain and Greece.
He speaks English, uses Greek and Czech.

To the position of acting the director of the Šabac Theater was appointed in December 2020.