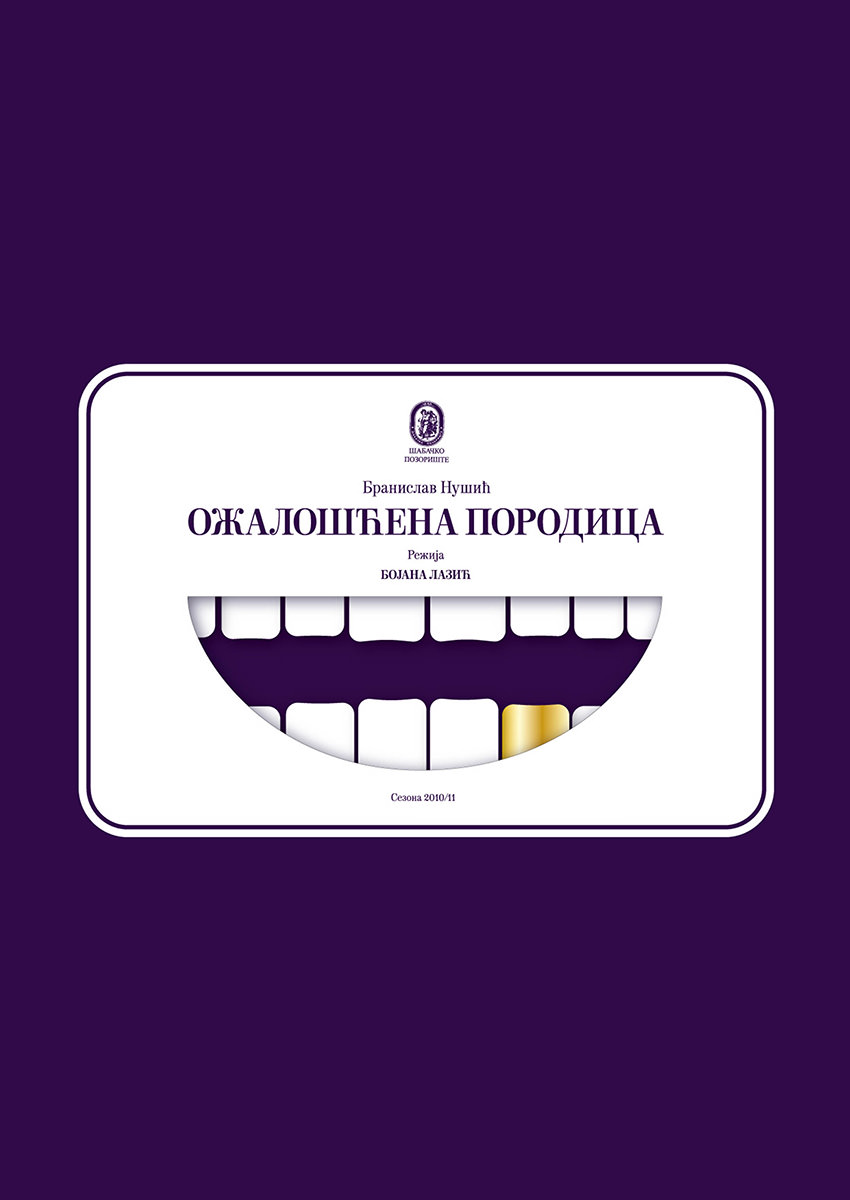 Nušić finds his inspiration in people slaving to obsolete traditions, whose being is permeated with faint-heartedness, as they lack either strength or courage to transcend the plane of routine existence. He criticises and mocks those philistines and false moralists. As for me, I am truly afraid of them. This very fear provoked me to explore the boundaries of human greed through this modernised concept of Nušić’s play The Bereaved Family. Today’s success is determined by money, not spiritual power. Arrogant temerity is a virtue that can lift a sly and unscrupulous individual to the top echelon of respectable citizenry, worthy of utmost esteem.

Agaton is a man of the future. A survivalist cockroach. A man capable of anything, since at the point when others admit defeat, he confidently continues to adhere to deceit. His desire for power is so immense that it would surprise many, while those more refined might even be shocked. Agaton is one of those that we all know too well. And that we should be afraid of. 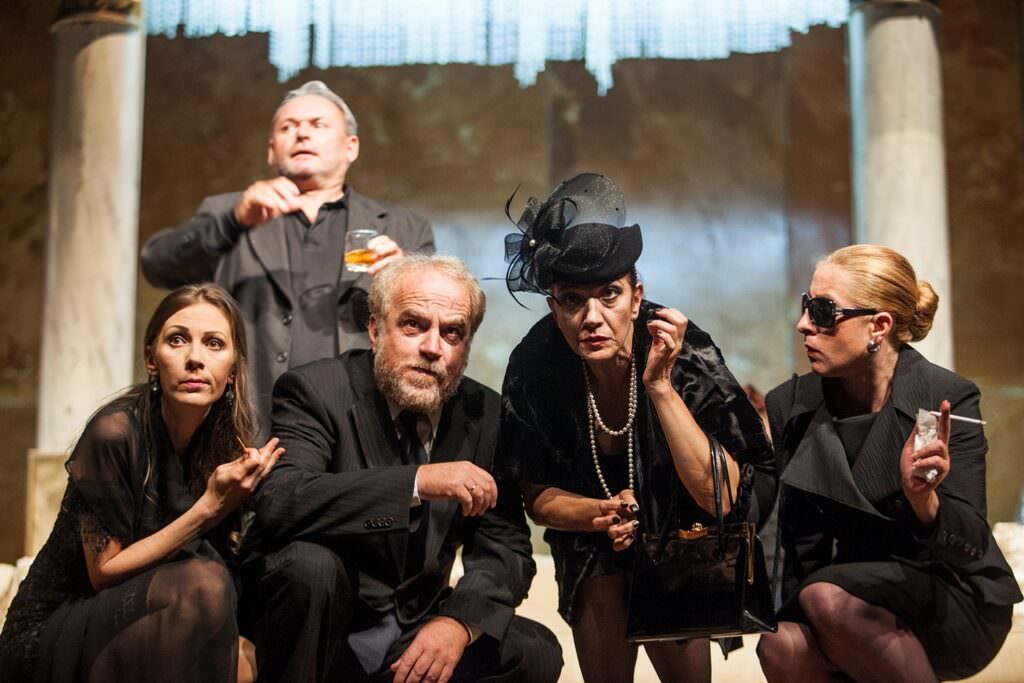 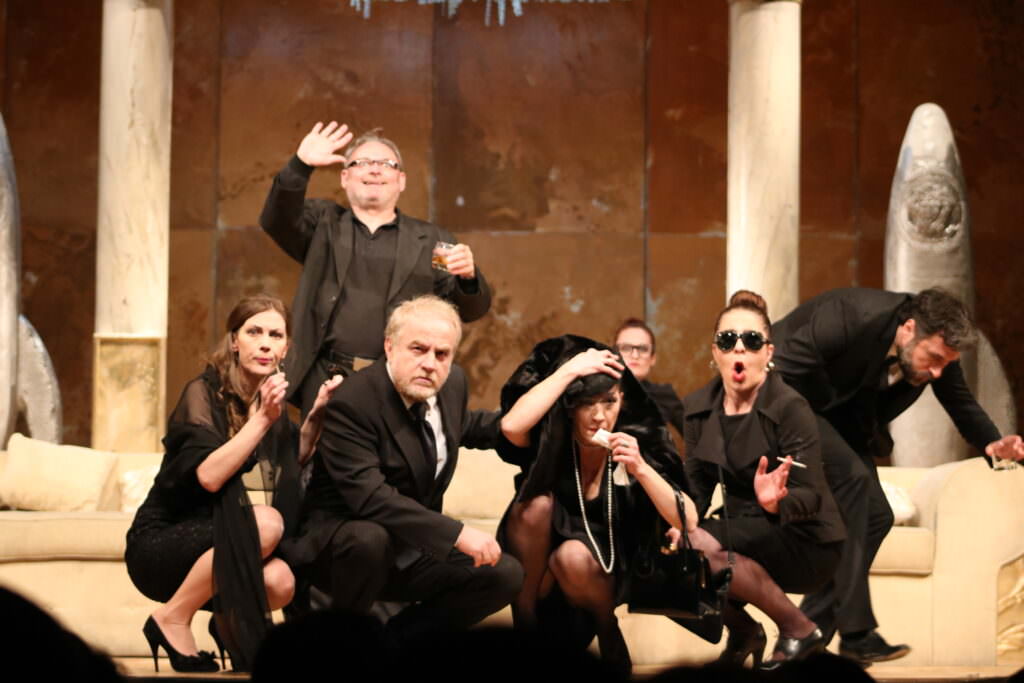 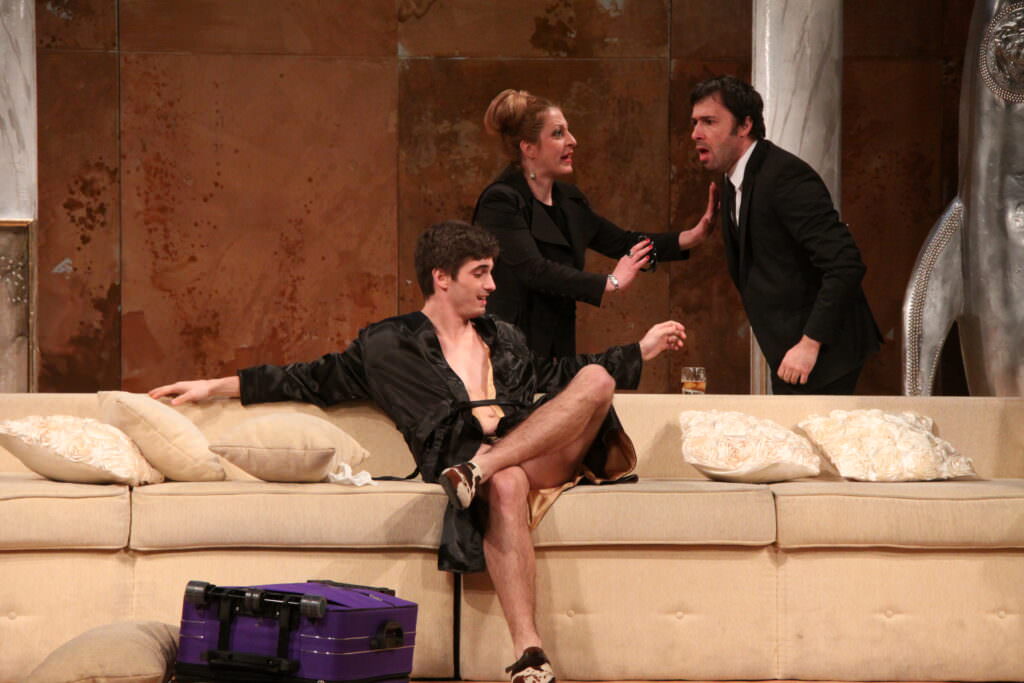 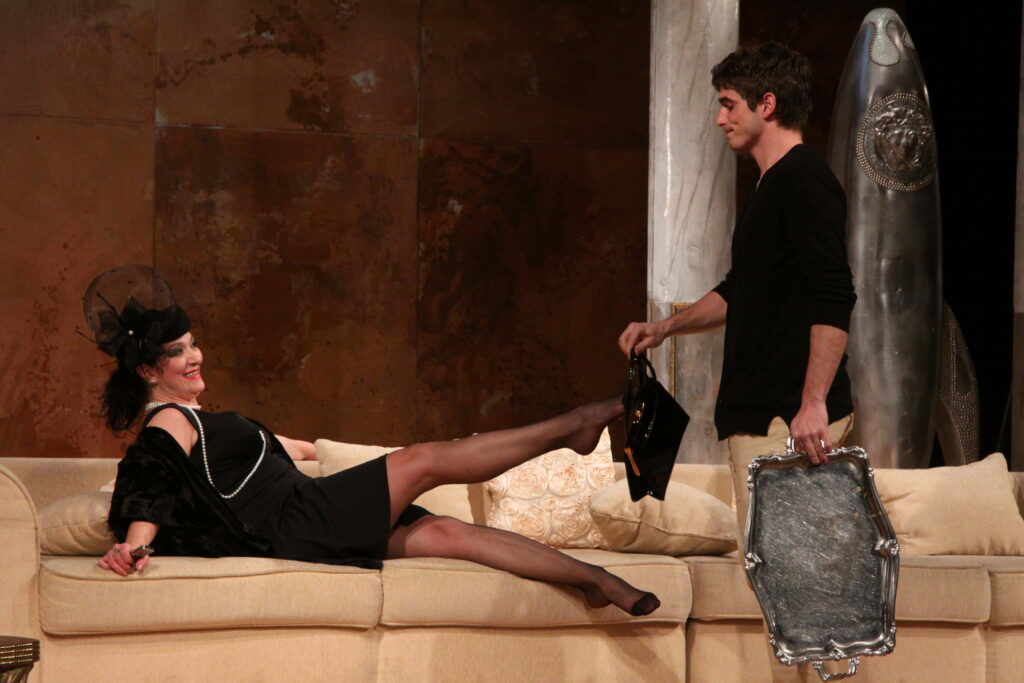 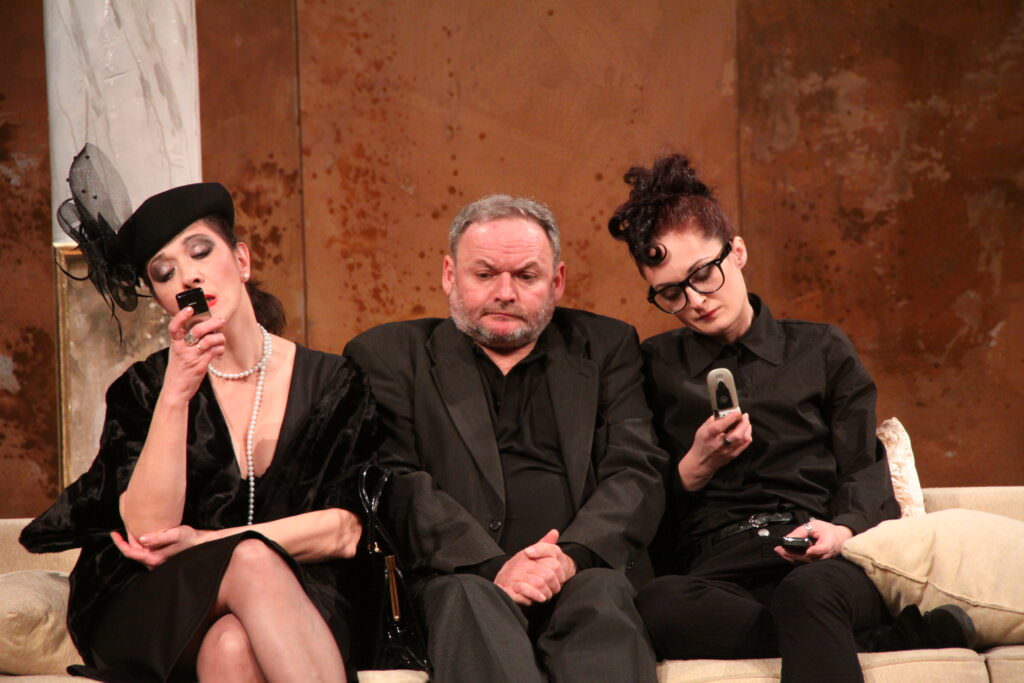 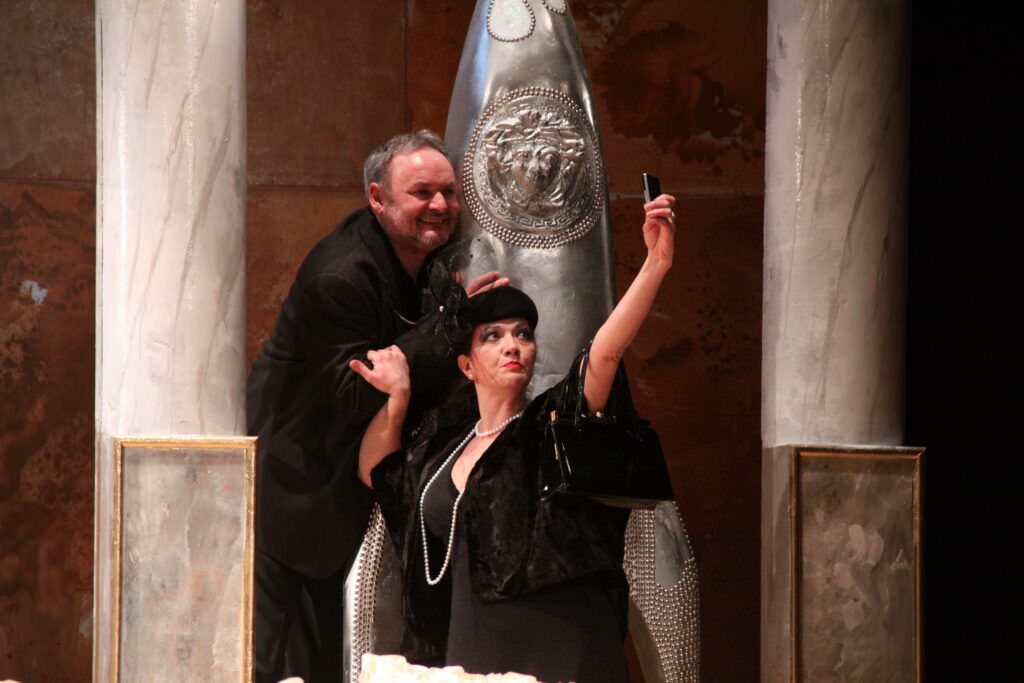 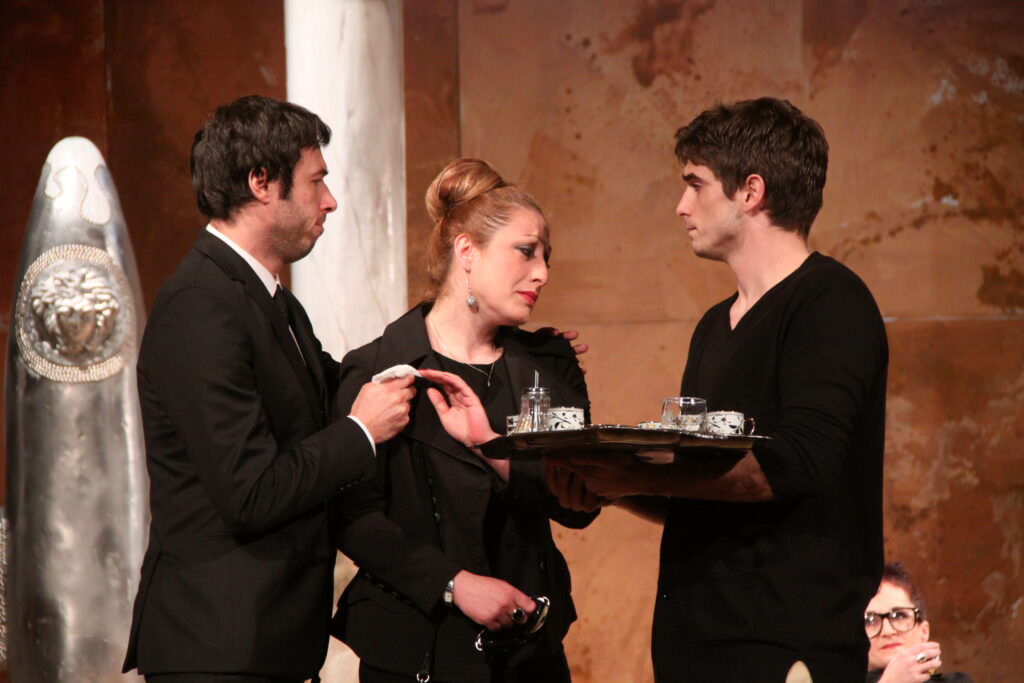 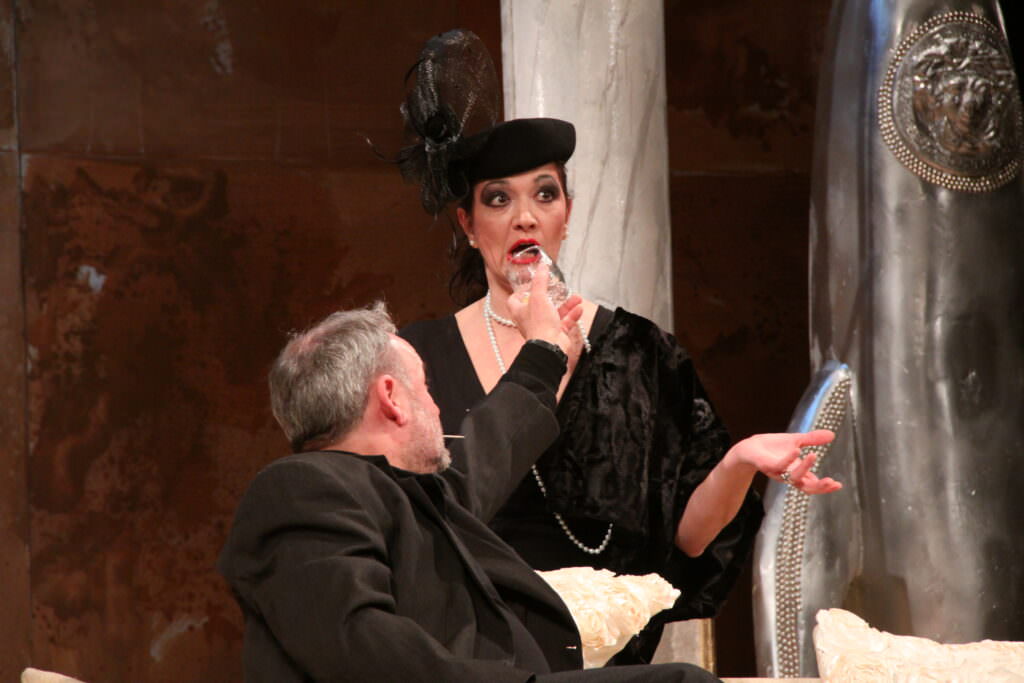 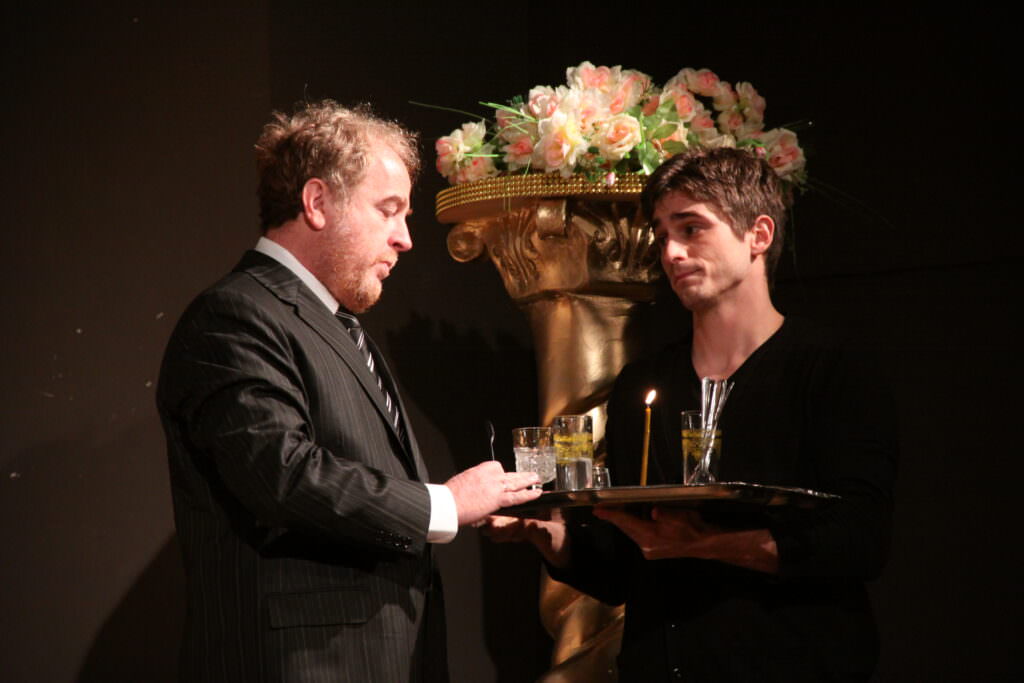 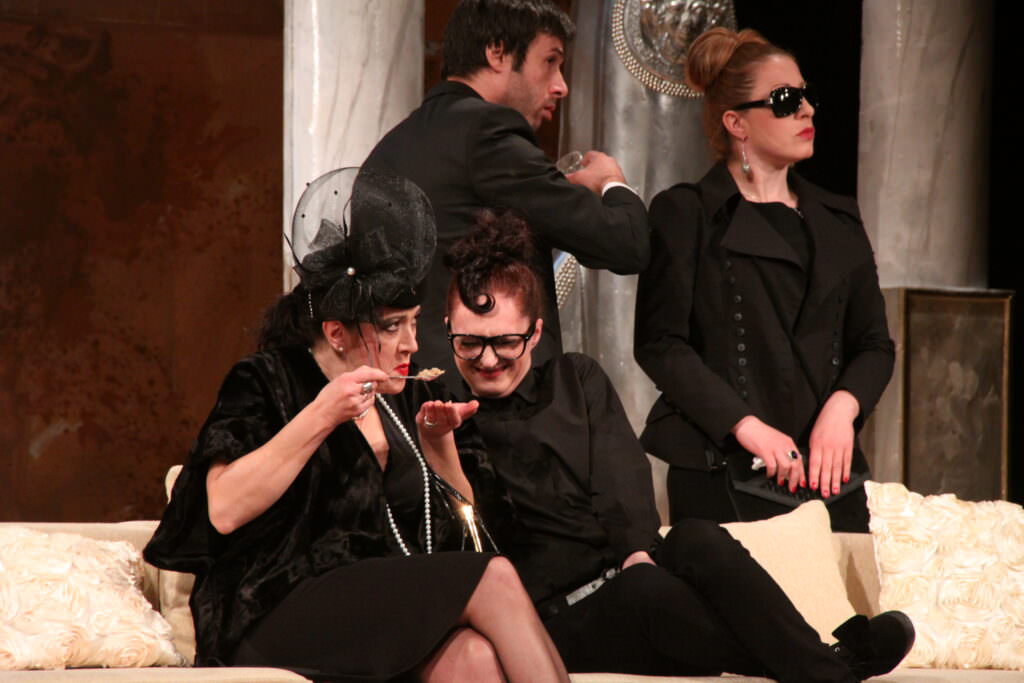 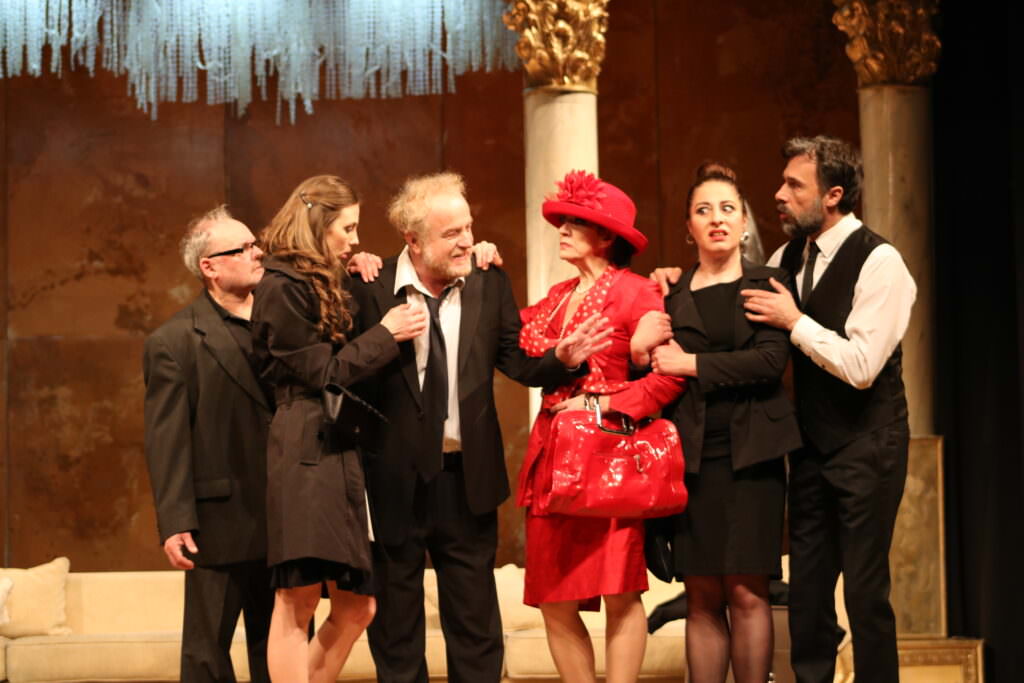 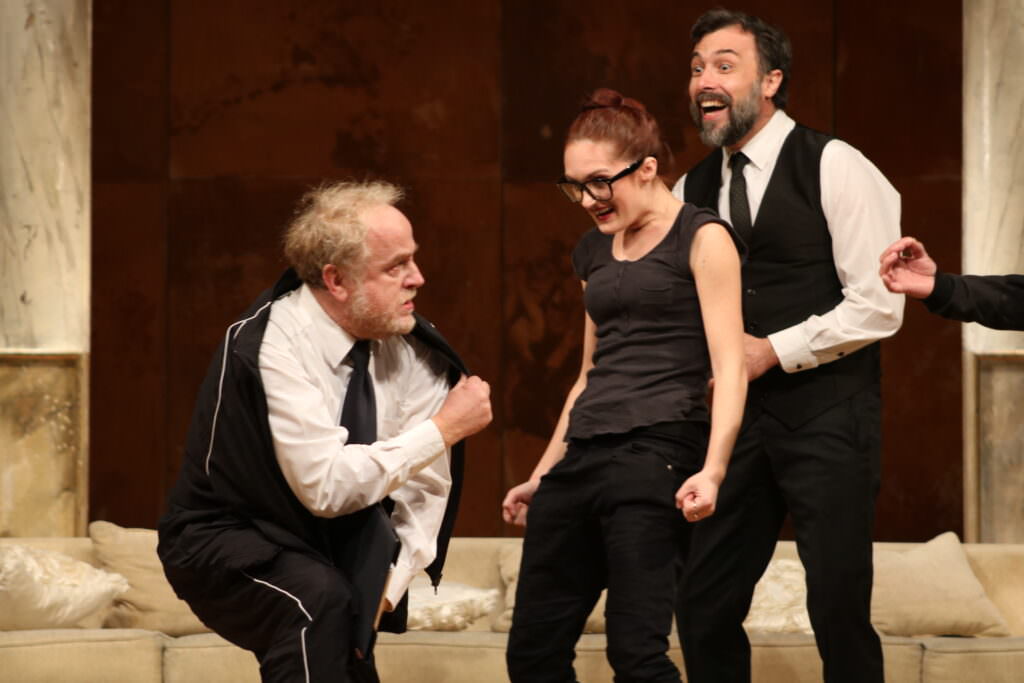 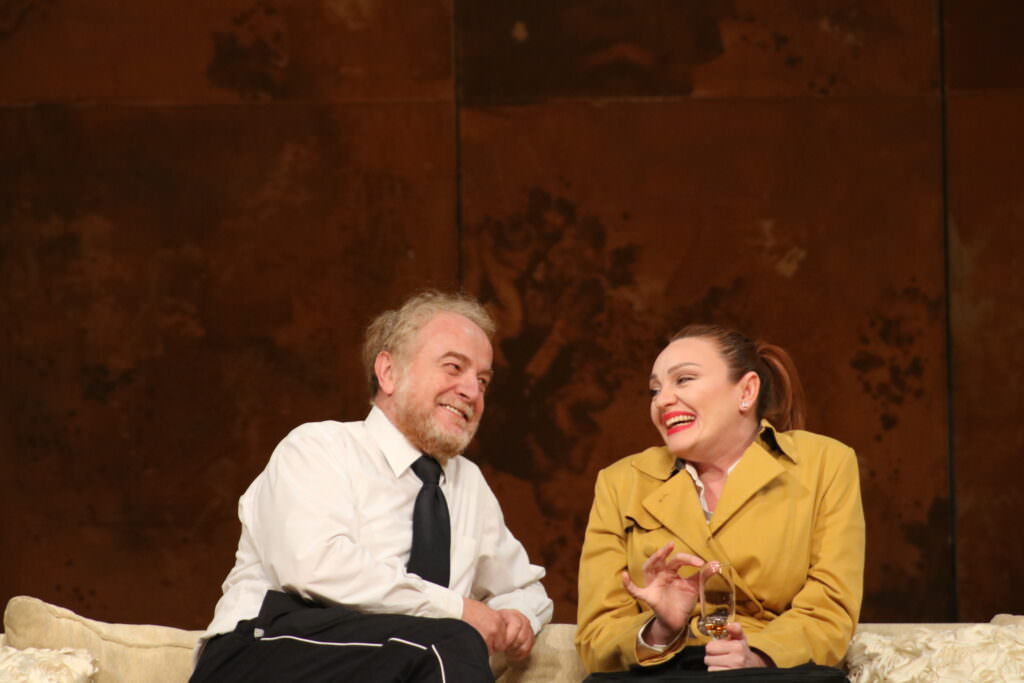 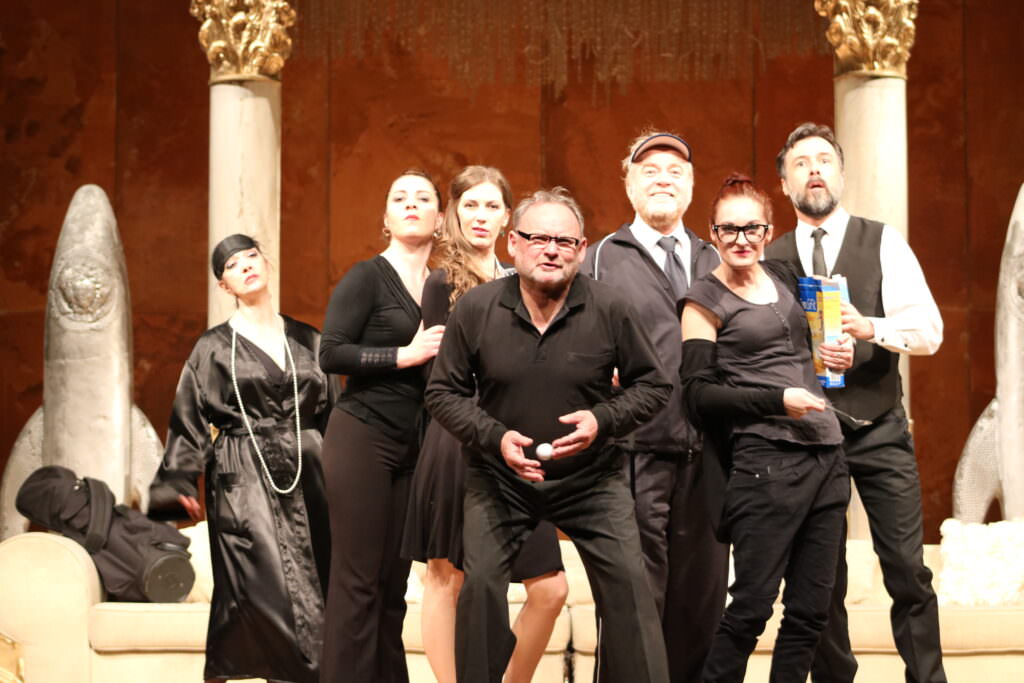 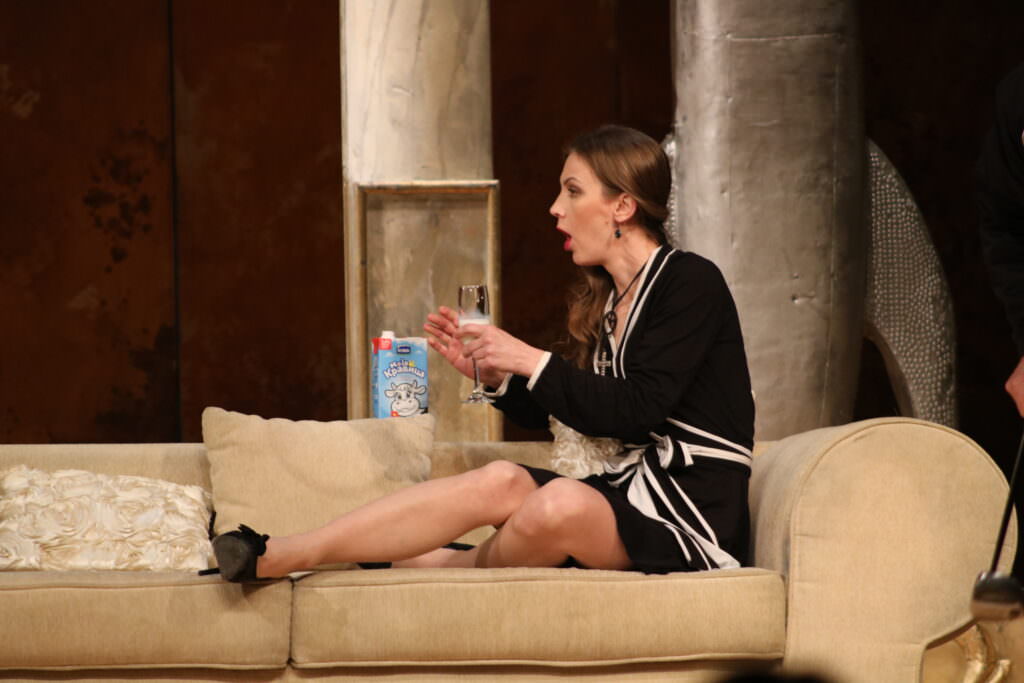 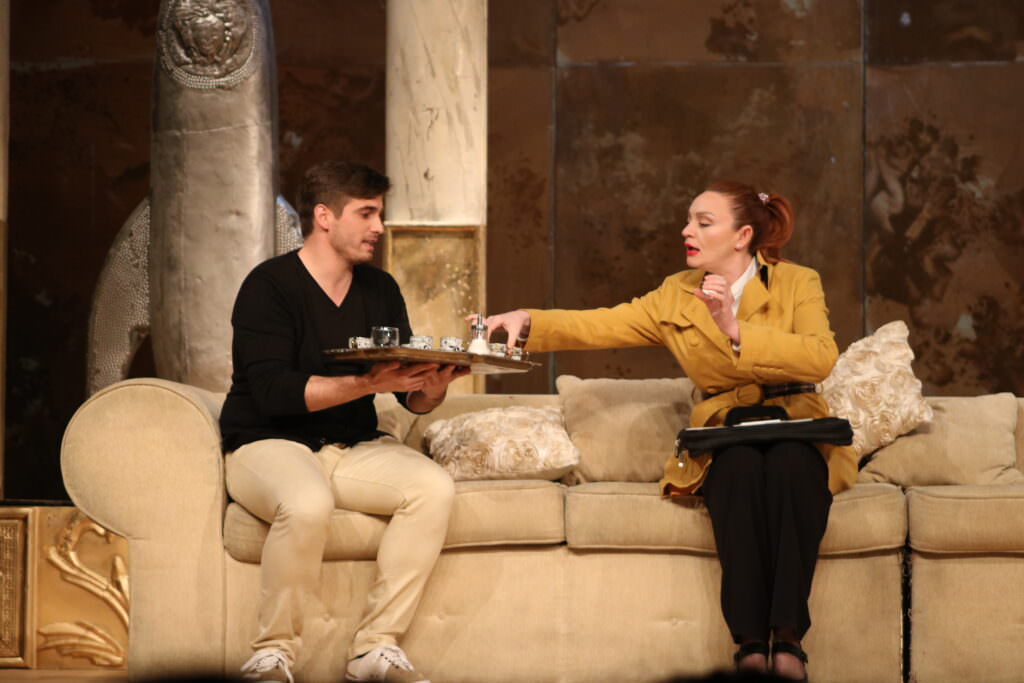