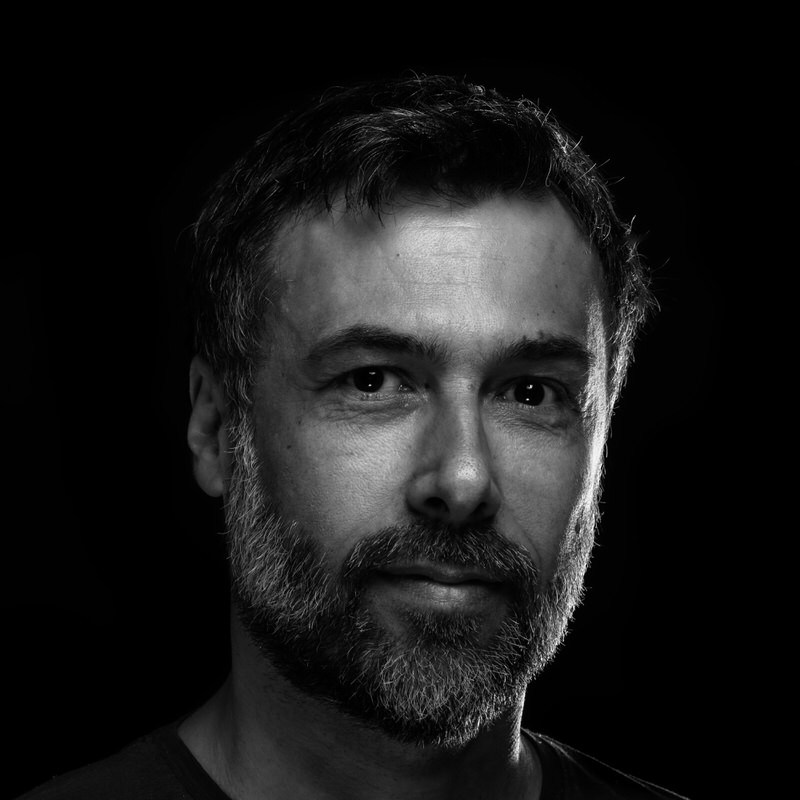 VLADIMIR MILOJEVIĆ (Skoplje, 1974) is a Principal Drama Artist of the Šabac City Theatre and a member of the Serbian Association of Drama Artists. He graduated acting from the Faculty of Arts in Pristina, in a class mentored by Prof Svetozar Rapajić. His graduation performance was in a production of “Frenzy for Two, or More” by Eugene Ionesco, in the National Theatre in Belgrade. He worked in theatres in Pristina, Sremska Mitrovica, Leskovac; Belgrade and Novi Sad, while he played his most important roles in the Šabac City Theatre. These include: Stojan (“Koštana”); Tom (“The Glass Menagerie”); Ivan (“The Meeting Point”); Canary (“Humbugs Having Tea”); Andreas Kragler (“Drums in the Night”); Proka (“The Bereaved Family”); Ivo Andrić (“The Mark of Cain”); and roles in the productions of “Pericles”, “Auditor for South-East”, “Life is a Dream”, “Edgetown (Rubište)”, etc. He was awarded for his acting at the “Joakim Vujić” festival, while he also received the “Boris Kovač” award for his artistic contribution to the Šabac City Theatre. He directed the production of “Hajduks” which has been on the Šabac City Theatre’s repertoire since 2014, while he also worked as the assistant director to Nikita Milivojević during the production of Shakespeare’s “Pericles”. He acted in films, TV series and TV films.