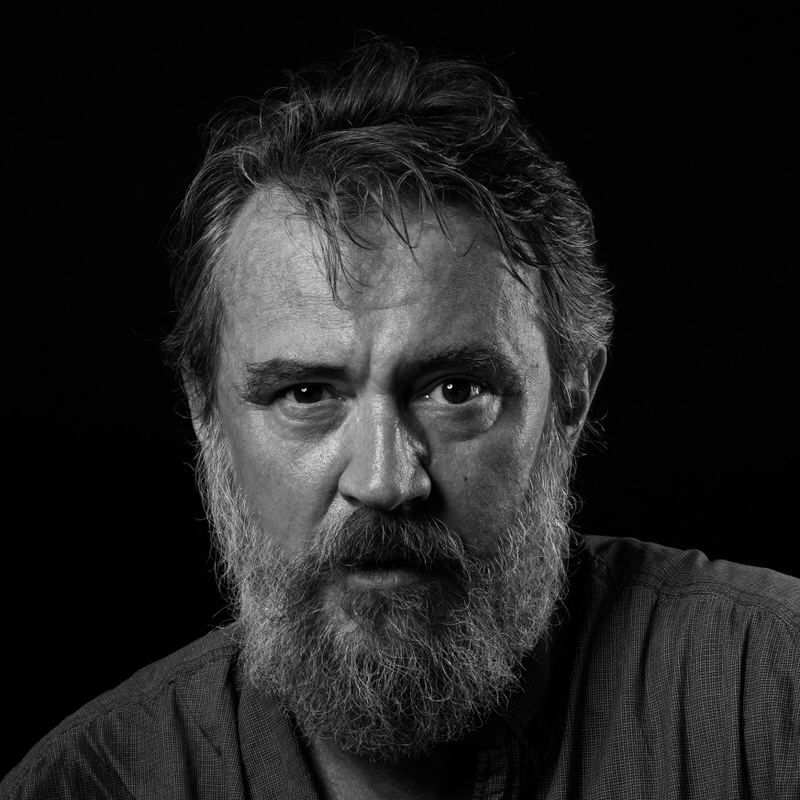 SINIŠA MAKSIMOVIĆ (Šabac, 1967) is a member of the resident ensemble of the Šabac City Theatre and Serbian Association of Drama Artists. Since 1987, he has played a variety of roles in the Šabac City Theatre, including: Miladin (“Humbugs Having Tea”); Pushkin (“Incident in Apartment No. 2”); Subašić (“Auditor for South-East”); Kile the Waiter (“Edgetown (Rubište)”) and a couple of different roles in the production entitled “Tavern, Courtroom, Madhouse”.

He has an extensive experience in performing monodramas, and the productions with which he toured all over the region include: “FaceBlot”; “The Four Tears of Lazar”, “Mayhem in between Lives”, “The Kinda Man I am”. For his monodramas, he awarded in the country and all over the region. He sings and plays guitar. He also appeared in TV series: “Happy People (Srećni ljudi)”, “The Rift of a Nation (Ravna Gora)”, “The Nemanjić Dynasty: The Birth of the Kingdom”, “My Father’s Killers”, “The Roots”, “Peasants”; an Italian mini-series “Anni 70” and others… He also had a role in the film “Lullaby for a Soldier”, as well as some other films and TV films.