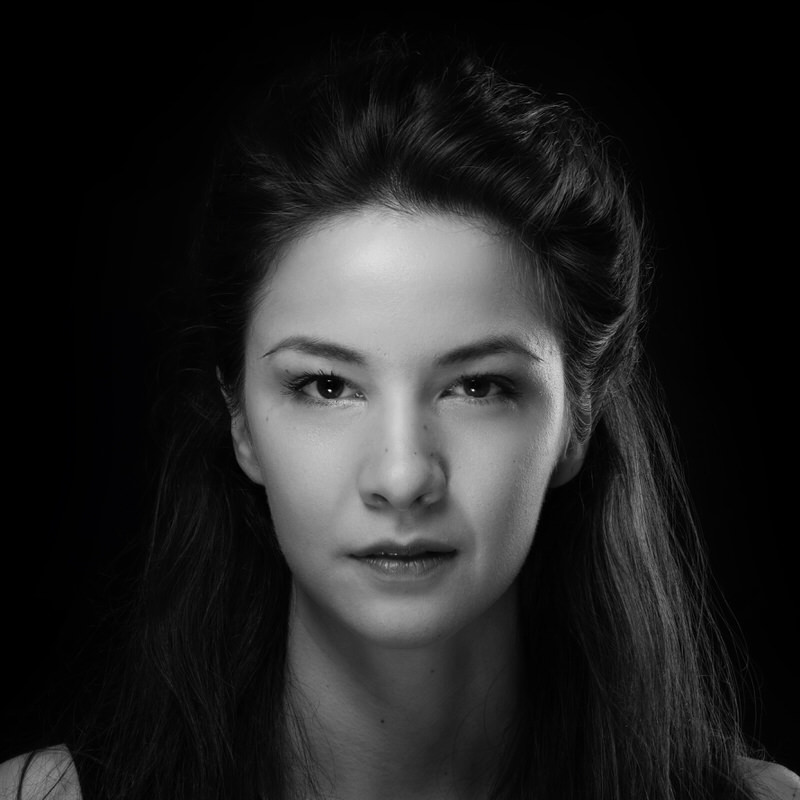 KRISTINA PAJKIĆ (Šabac, 1990) is the youngest member of the Šabac City Theatre resident ensemble. She received her BA in acting in a class mentored by Jug Radivojević, at the Slobomir University in Bijeljina, and got her MA degree, mentored by Prof Vladimir Kerošević, at the Academy of Drama Arts in Tuzla. Since she was six, she has practiced ballroom dancing and danced Latin and standard dances; she participated in international competitions and won major awards and medals. She worked as a dance instructor in a number of dance schools and participated in many recitation contests. To this very day, apart from acting, she works in choreography and stage movement, and her most important engagements in the field include the productions of “Kršolovka”, “Improvising Variations”, “An Unusual Evening”, “Sentimental Tectonics”, “The Battle of Dubalj”, and others. She performed in the productions for children of the “Funky monkey (Veselo majmunče)”acting school, as well as in the productions of the “Scena Maska” troupe.

Her graduation performance was in the Šabac City Theatre production of “Fool for Love”, and immediately after this, she became a member of the theatre’s resident ensemble and played roles in: “Rabelais/Virtue/Sin”, “Sentimental Tectonics”, “Winter”, “The Good Soldier Švejk’s Postmodern Cabaret”, “Hajduks”, “The Mark of Cain”, “Pericles”, “The Effect of Gamma Rays on Man-in-the-Moon Marigolds”, “Auditor for South-East”, “Life is a Dream”, etc. Her most important role thus far is of the girl in the Šabac City Theatre production of “Edgetown (Rubište)” (directed by: Kokan Mladenović) for which she received a number of awards, including the “Dušan Duka Jovanović” award, the “Pledge for the Future (Zalog za budućnost)” award at the Theatre Spring Festival and an award at the “Joakim Vujić” festival. She also received an acting award at the “Little Joakim” festival and the award “Boris Kovač” for her artistic contribution to the Šabac City Theatre. Apart from Šabac, she performed in Belgrade, Sremska Mitrovica, Kruševac, etc. She played roles in TV series “The Sinđelić Famly”, “E.R.” and “Truths and Lies”; she also appeared in the movies “The Fucking Dog” and “James Bond was a Serb”, as well as in a couple of music videos.